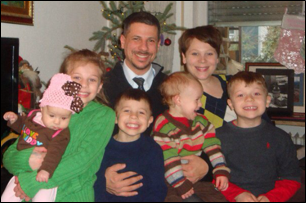 The Decareaux family loved adventurers and being outdoors hiking, camping, and exploring national landmarks. Sarah and her husband, Dave, along with their five children Kate, Dominic, Grant, and Finn and Elsie were avid hikers.

For the couple’s twelve-year wedding anniversary, Dave planned a trip for the family to visit the Missouri Ozarks. On Saturday morning, Dave and the two oldest boys, Dominic and Grant, went for a hike while Sarah took the other children to nearby stables to see the horses. On their way back to the cabin, it began to drizzle.

Hours crept by and the afternoon drizzle turned into a steady rain; still the boys and Dave had not returned. As the hours went by without their return and the weather worsening, a fifty-person search party went out to search for them.

Around 10:00 a.m., a call came through that the boys had been found. Upon hearing the call, Sarah knew immediately that something was wrong. On the way to the hospital, Sarah was told that her husband did not make it, and hours later, her boys also passed. Sarah was completely broken.

Back home, Sarah felt unable to function, much less provide for the children she still had on earth. Each morning when Sarah woke, she had a feeling of absolute emptiness, hopelessness, and darkness. Her emotions were paralyzing, and most days, left her unable to get out of bed.

In February, Sarah called Caritas Family Solutions to schedule a counseling appointment and spoke to Dr. Lillian Sullivan. Sarah knew she needed to seek outside help. Her first visit with Dr. Sullivan, Sarah cried through her entire appointment.

Months passed and with Dr. Sullivan’s help, Sarah was able to survive the first year. She attended counseling sessions twice a week and finally, in the summer of 2014, Sarah’s life began to change. Her life stopped becoming about grief and became more about living. She wasn’t just surviving each day; she was looking into the future.

On the second anniversary of her husband’s and sons’ passing, Sarah began to write down the memories she had of that weekend and her brave boys. Her writing eventually became a book, From Here to Heaven, which went live on December 18, 2015.

Sarah finally feels hopeful and is excited to see where her journey takes her. She no longer feels that she is merely surviving, but living. According to Sarah, without the counseling services she received from Caritas Family Solutions, she would not be where she is today. She would not have the strength and the courage to tell her family’s story. She is forever grateful for the help she received. 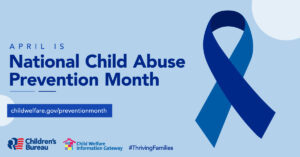 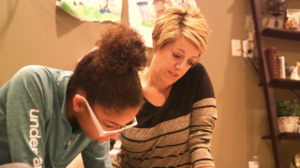